Crest factor (CF) is defined as the ratio of the peak amplitude of a waveform to its RMS value. It is a numerical value without units. When inputting a Sine voltage to a non-linear load, its current waveform will be distorted and the CF value will be more than 1.414. For example, the CF value of current to computer may be up to 2.4-2.6.

Crest Factor reflects the electronic instrument's performance from another view. The bigger its crest factor is, the more rush current will be needed for powering, and the heavier damage will be made to the power grid.

Upk: peak value of the waveform

Urms: rms of the waveform

To measure crest factor of Sine

The crest factor of Sine without distortion is . Let's measure it using Suin SA2200 power quality analyzer. Firstly input a 230V/500A/50Hz Sine signal to SA2200 through a calibrator, waveform in scope mode will be shown as Figure 1. 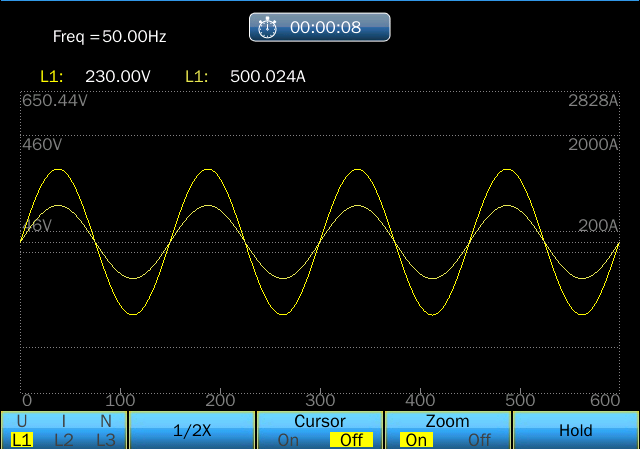 Then voltage and current CF result without distortion will be seen in Volts/Amps/Hertz interface as Figure 2 shown and they are separately 1.41 and 1.42. 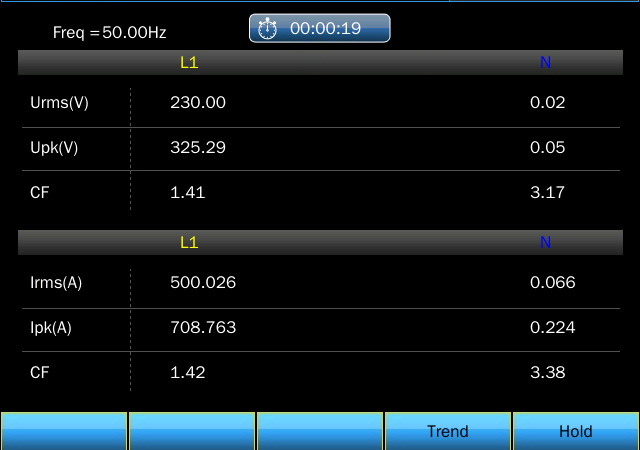 To measure crest factor of other waveforms

Besides Sine waveform, SA2200 can also measure other waveform's crest factor. Let's take Square as example to see its waveform and crest factor as Figure 3.

Square waveform and its crest factor 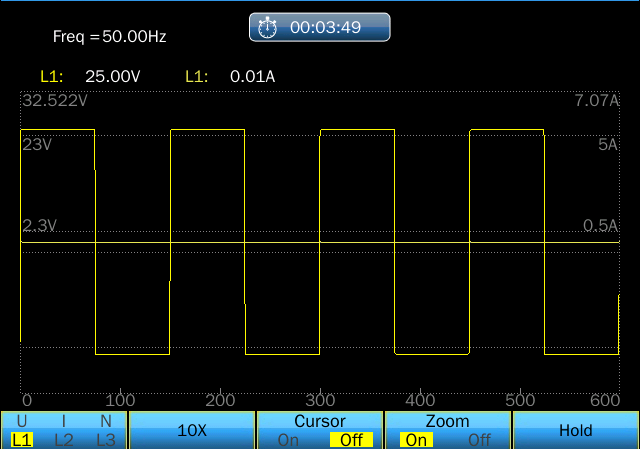 Bigger current crest factor not only makes extra consumption and other bad effects to the instrument, the generated current waveform distortion can also make pollution to the power grid. So the crest factor of an alternating instrument is as same important as its rms value, and one of the most important parameters to evaluate instrument's performance.

Suin SA2200 power quality analyzer has the basic measuring function of voltage, current and their crest factor. Besides this, it can also measure other parameters, such as dips & swells, harmonics, power & energy, flicker, etc. If you want to know other measuring functions, please kindly contact us. 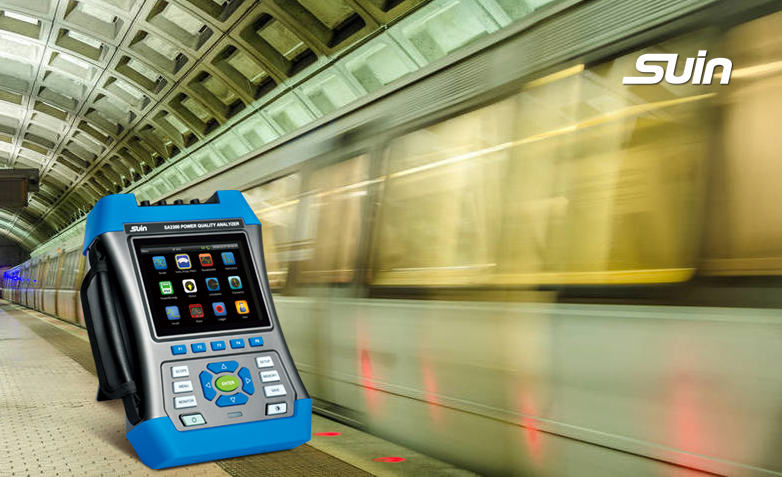 Next: Brief introduction On How to Select Power Quality Analyzer