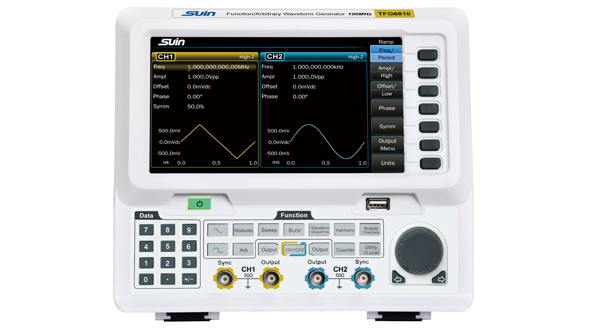 With frequencies up to 100 MHz, 16Bit Resolution, and arbitrary waveforms of up to 16 Mpts, the TFG6800 series products can reproduce any waveform with high quality.  The new portable design and optional power amplifier make this one of the most flexible and popular generators on the market.  It can be used in various applications, such as testing electronic circuits, generating signals for scientific experiments, and simulating real-world signals.

This series of 35/65/100 MHz Function Signal Generator could be widely used in areas of Education, R&D, Industrial&Electrical Production and Test. 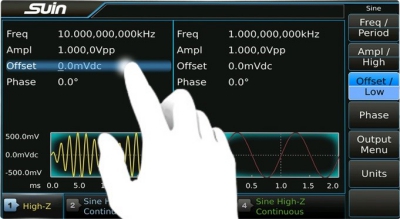 3. Sine and Square have same characteristics. 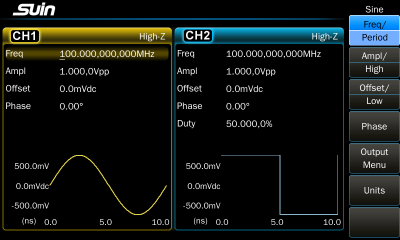 4. Harmonics function gives you the ability to add higher-order elements to your signal. 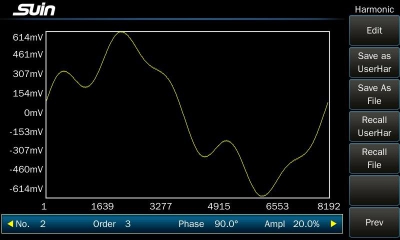 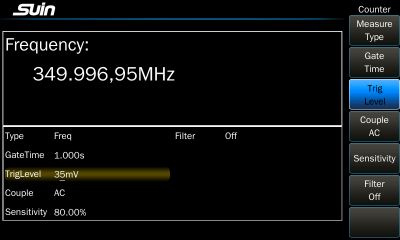 Q: What is the bandwidth of the Suin TFG6810? How many channels does it have?

Q: Does the TFG6810 have a higher oscillator?

A: Yes, optional oscillator with 1ppm stability could be configured if users have a higher measurement demand.

Q：What’s the rise/fall time of Square for TFG6810?