Signal generator, also known as signal source or oscillator, has a wide range of applications in production practice and science and technology fields.All kinds of waveforms can be expressed by trigonometric equations.The circuit capable of producing a variety of waveforms, such as triangular, sawtooth, rectangular (including square) and sine waves, is called a function signal generator.Generally,signal generators have many classification methods, one of which classifies the signal source into a mixed signal source and a logical signal source. 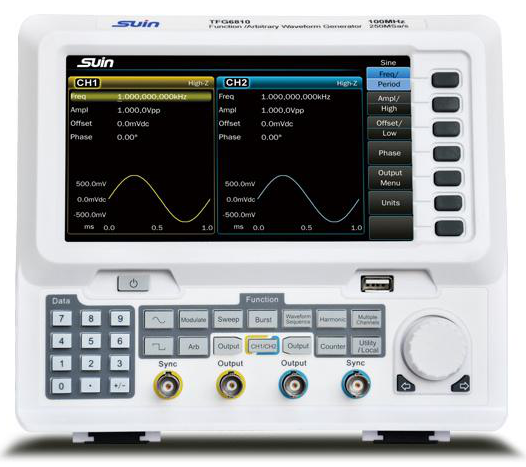 Unlike the function generator that produces a series of particular waveform, the AWG allows the user to specify arbitrary source waveforms as output in a variety of different ways.Typically more expensive than function generators, AWGs are primarily used for high-end design and test applications. With incomparable flexibility, speed and fidelity, AWGs are ideal solutions in the fields of high-speed serial, optical communications, radar testing and electronic warfare.

Digital Code Generator is a special tool used to meet the specific requirements of Digital testing, which is used to generate Digital signals with certain data formats to meet the needs of various Digital excitation.

Signal generator, in the use of the process need to use the correct method to operate, otherwise it is easy to have problems with breakdowns, affecting the accuracy of the measurement results.Due to the influence of interference factors in the process of use, we also need to pay attention to some detail factors, in order to ensure better use of the signal generator.

Next: How to select a suitable Logic Analyzer