What Are The Main Functions of The Arbitrary Waveform Generator?

The main features of the arbitrary waveform generator include:

In the basic experiment, in order to verify the function, stability and reliability of the circuit, it is necessary to apply an ideal waveform. The arbitrary waveform generator can replace the function generator to provide waveforms such as sine wave, square wave, triangle wave, sawtooth wave, etc., and various modulations. And sweeping ability. This basic function of the arbitrary waveform generator can be used to meet the signal requirements of general experiments. 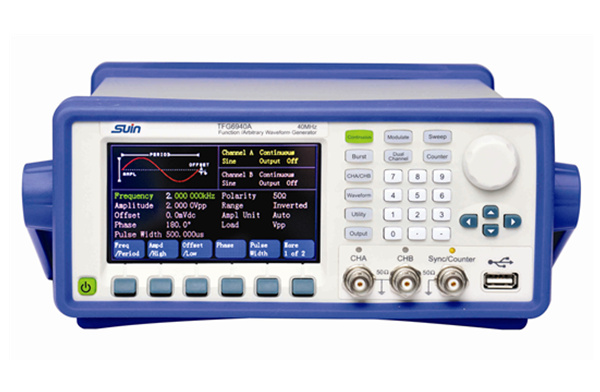 Due to the existence of various disturbances and changes in the environment, devices that actually operate in the actual electronic environment often have various signal defects and transient signals, such as over-pulses, spikes, damping transients, and sudden changes in frequency. The arbitrary waveform generator can simulate these special signals to test the actual performance of the system.

We are the leading supplier, There are high quility Arbitrary Waveform Generator for Sale. If you have demand about our products, welcome to contact us.